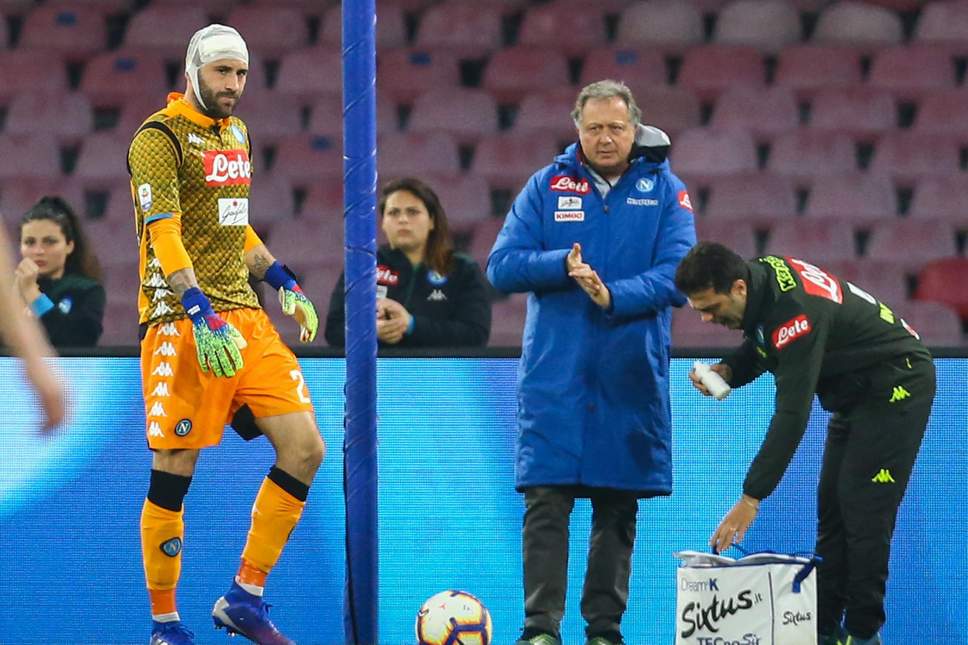 TIME FOR FOOTBALL TO WISE UP

By John Wood26th March 2019No Comments

David Ospina is a footnote for most Arsenal fans. Short of stature and short on authority, he was one of the many post-Seaman/Lehmann goalkeepers under Arsène Wenger who simply failed to step up to the mark for a team that was supposedly aiming to be title challengers. But last week, he entered the news for reasons other than his middling ability.

Ospina, currently on loan at Napoli, sustained a head injury in a clash with Udinese’s Ignacio Pussetto during the first half of their game last Sunday. After minimal checks, he stayed on the pitch, only to collapse shortly before half time. Mercifully, scans have shown no damage, but the incident demonstrates the inadequacy of football’s current rules on head injuries and concussion. Allowing Ospina to stay on the pitch, perhaps even risking a further blow to the head, could have been extremely dangerous.

Ospina prone on the ground after his injury

Rugby Union has a mandatory health impact assessment (HIA) for all players who sustain blows to the head. The process is as follows:

The mandatory element of this process is key – witness Christoph Kramer in the 2014 World Cup final. Despite being evidently concussed, he had no wish to leave the field voluntarily (understandable, in some senses). HIA takes the decision out of the hands of players and management; a robust, clear process is followed and cannot be deviated from. The health of the player is paramount as opposed to any tactical considerations. The Ospina incident shows football’s current legislation as woefully inadequate; the risk in leaving potentially concussed players on the field and not adhering to proper medical procedures is a real danger.

A potential solution could be for FIFA to include the provision for a short term injury replacement while a player is being assessed, as in rugby. In Napoli’s case last week, they would have been able to send on their substitute goalkeeper for 10 minutes while Ospina was being assessed, and should he have been cleared to play (although evidently he was in no condition to carry on, and proper medical intervention would have determined this) he could have returned to the field. Player safety has to be the number one concern at all levels and should come above the outcome of any game.

Football also does not currently enforce a mandatory period where a player who has sustained a concussion injury must be restricted from playing. Earlier in the season, Glenn Murray was allowed to play a mere week after suffering such an injury. Once again this goes against all contemporary medical advice and guidelines. Just this weekend, Switzerland’s Fabian Schär was allowed to continue playing after being knocked out. As the highest profile global sport, football should be taking the lead on these matters rather than being reticent to change procedure.

It is time for the governing bodies to take a firm stand and ensure that from the World Cup down to parks level, all participants are adequately protected and receive the correct level of treatment. Failure to do so could have the gravest of consequences.